We're probably going to have to put Alpo (the youngest of the family) down today, due to kidney failure.  Here's the last set of pictures of all five of the cats. 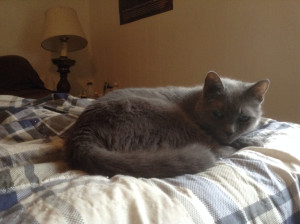 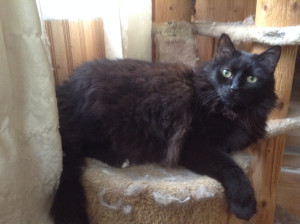 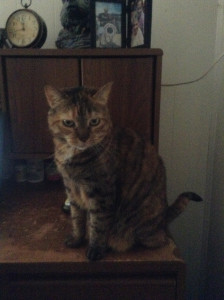 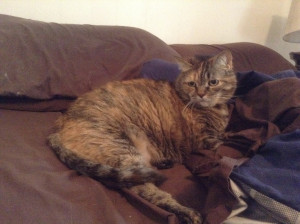 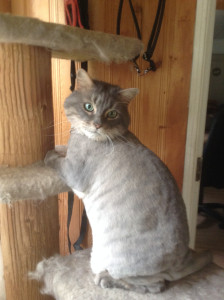 [I was recently asked to introduce my skills to a small, private mastermind. Here's what I wrote.]

I see my specialty as being a bridge between techs and "the rest of us".  While even the mention of technical writing may induce yawns, it's a skill that can be critical to the success of a project, and it's something that I do very well.  The more concrete one can be in describing a project, the better chances that it has in reaching goals, meeting client needs, avoiding unrealistic expectations, and so on.  Also, while one would never directly use the material for marketing and sales, it still often proves useful to compare "this is what we tell people we do" to "this is what we actually do".

That skill, in turn, has led to several hundred successful small outsourcing projects, (emphasis on the word "small", as that's part of the key to success).  I'm both a client and a worker on Upwork, and on vWorker prior to that.  The ability to define things in excruciating detail excites those who know how to actually get things done, and scares those who don't.

While it makes sense that database design is done by techies, the better that a project is defined from "the rest of us", the higher the chances are that the database will be designed correctly up front.  This, in turn, has a significant impact on how quickly software can be delivered.  Conversely, there are too many times when the techies find out "oh, I didn't know that you really meant that" way too late in a project for something that was designed and built into the fabric at its very beginning.  Think of it as making sure that you pour the correct and sufficiently robust foundation for your dream house before you build the rest of it.

Yeah, I also do PHP and MySQL, but it sounds like there are already enough techs here in the soup.

I've also learned a lot about voice acting over the last two years, and I can also do reasonably well when it comes to basic video editing.  Tie those together along with my tech writing skills, and I can create some killer educational and sales videos.  Here's my current demo reel:

I spent way too many hours trying to figure this out for a client, so I thought, once I finally did, I'd outline the steps here. One would think that it would/should be a seemingly trivial task... except that it wasn't. (And I'm embarrassed to admit that I had actually done this once before, for a different client, but something had changed, and I just couldn't precisely reproduce my earlier steps, or I forgot something, or... who knows?) Part of my headache was that the articles and tutorials that I found each explain one part well, but then gloss over one or more of the other steps. OK; enough preamble.

Get latest Realtek driver: In retrospect, I probably didn't need to do this, but every article on "Why Stereo Mix doesn't work" stressed the need to update the driver, and, (in theory), doing so shouldn't hurt. I will say that some of those articles offered dodgy ways to obtain said drivers, and that's precisely how one invites trojans in to infect one's machine, so, yeah... don't do that. Go to the official Realtek site, click on the legal agreement page, and then the actual download page that should subsequently appear, (but doesn't always). The fileset is stunningly huge, but you can't pick and choose, so just take the whole thing.

Use Stereo Mix: Think of this as a virtual microphone that listens to your speakers. (More on that sentence in a second.) Start > Control Panel > Sound > Recording. Right-click and ensure Show Disabled and Disconnect Devices are both checked. Right-click, enable Stereo Mix, and disable everything else. Yeah, it's finicky.

Use physical speakers: Sound > Playback, select and enable. Plug them in and turn them on and up. In the end, this was the step that caused me hours of angst. I am so used to constantly using my USB wireless headset for my voice acting work now that I had never considered that it simply doesn't "count" for this. At all. It wasn't until Cat Lady went to bed, when, (so I wouldn't disturb her), I switched from internal speaker to headset on her machine, and all of a sudden, her "guinea pig" machine Stereo Mix setup stopped working, that it finally dawned on me that the playback device makes a serious difference.

OK; that's half the battle. Now, the task is to connect all this to the POTS (plain old telephone system). Google Voice doesn't have an upload mechanism, and the next obvious path, using Google Hangouts/Chat, has also been reported to not work. So, we need a softphone. Since we already had Vonage, I checked there first, but their softphone option seemed rather pricey for making a single call.

Get a minimal Skype plan: If you're going to be doing this for a bunch of clients, get the $10 credit pack, which they claim doesn't expire. I chose the $3/month bare-minimum plan for US-only, low usage, with no inbound calls.

Set a reminder to cancel said plan in three weeks or so.

Set a Google Voice PIN: Remember, this Skype plan doesn't allow inbound calls, so the PIN is required to allow a call from Skype to Google Voice to set up voicemail. Also, while you're in the client's Google Voice account, make sure to jot down both their Google Voice number and the number of one of the phones used for forwarding calls, such as the client's actual cell number.

Coordinate with the client when you'll be doing the next step, as you don't want to wake/disturb them, and, (if they haven't temporarily disabled call forwarding), they'll need to know to temporarily not pick up their phones while you do this.

Prepare two windows on your screen: Skype and a player, such as VLC Media Player. Call the Google Voice number, let it ring into voicemail, hit "*" (on Skype's numeric keypad) during the default outbound greeting, enter the PIN and forwarding number when prompted, then navigate to greeting (and optionally name) setup. Get ready to play the prepared audio in the other window when prompted, and then return to Skype to hit "#" when that's done. Stereo Mix is what connects the two windows.

Let the client know that it's done. :-) Also remind them to change their Gmail password and their voicemail PIN.

Don't forget to cancel your paid Skype subscription when you are certain you no longer need it.

Like I said, once you know all of the steps, software, and magical incantations, it's reasonably straight-forward. :-)

This is just a quick, little test where I took poor audio (with poor video, but that part's ok) and replaced it with a better recording of my own voice, aligning each syllable to get them to match the lip movements on the video.

A collaborative effort with Adam Fulford for one of his local retail business clients:

We all know about the Nigerian Prince scam, but did you know THEY use ghost-writing services, too? Read the whole story here!
#ad   (A 3-way collaboration between Laurence Pollwade, Adam Fulford, and myself.)

The client asked me to stress that I only made minor edits to a previously existing video, in addition to contributing the whole voiceover, of course.